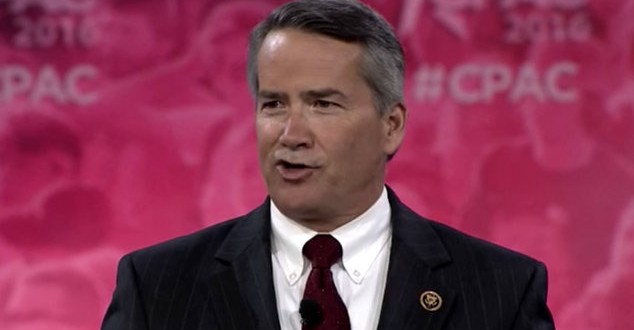 How many billions in Jesus Bucks will this inject into the 2018 midterms? The Hill reports:

On the same day President Trump vowed to “destroy” a law preventing religious groups and churches from engaging in political activities, Republicans in the House and Senate introduced legislation to make the proposal reality.

The law known as the Johnson Amendment, first enacted in 1954, prohibits churches and other religious organizations from keeping their tax-exempt status if they endorse political candidates or participate in partisan political activities.

The bill introduced by Rep. Jody Hice [photo] (R-Ga.), a Southern Baptist pastor, and House Majority Whip Steve Scalise (R-La.) would let the organizations remain tax-exempt and express political views as long as they are made during regular activities. Any associated spending would have to be minimal.

Previous Trump Surrogate David Clarke Hit With Civil Rights Suit For Detaining Man Who Asked About His Outfit
Next Tony Perkins: Pray That God Will Prevent The Senate From Being Tough On Trump’s SCOTUS Nominee