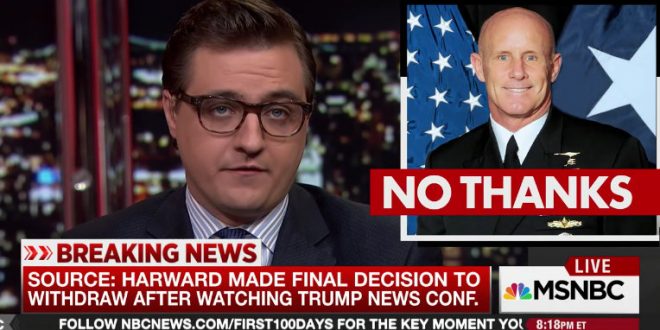 Hayes reported Friday night disputed reports that retired Vice Adm. Robert Harward passed on the position because the Trump administration wouldn’t let him install his own staff. Harward’s decision was because the White House would not meet his conditions, and Trump’s press conference sealed the deal, Hayes reported, citing a former national security official familiar with his decision.

Harward had reportedly wanted a clear chain of command and direct line to Trump in which he was the sole national security adviser. He also wanted the structure of the National Security Council to be restored to the model of past administrations so that political advisers, particularly controversial White House strategist Stephen Bannon, would not have a seat at the key Principals Committee.