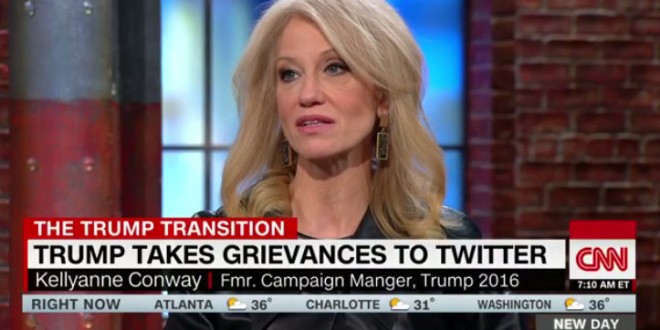 The White House has refused to send its spokespeople or surrogates onto CNN shows, effectively icing out the network from on-air administration voices. “We’re sending surrogates to places where we think it makes sense to promote our agenda,” said a White House official, acknowledging that CNN is not such a place, but adding that the ban is not permanent.

A CNN reporter, speaking on background, was more blunt: The White House is trying to punish the network and force down its ratings. “They’re trying to cull CNN from the herd,” the reporter said.

Spicer, speaking at an event at the George Washington University on Monday, denied that CNN was being frozen out, pointing out that he’s answered CNN’s questions in the regular daily briefings. But, he added “I’m not going to sit around and engage with people who have no desire to actually get something right.”

According to people close to both sides, Trump has told White House staffers that he feels personally betrayed by CNN chief Jeff Zucker. Trump complains that Zucker should be programming CNN more favorably toward him because of their long relationship, which can be traced back to 2004 when Zucker put The Apprentice on NBC. Trump has also said to White House staffers that Zucker owes him because Trump helped get him the job at CNN.

According to CNN sources, Trump’s claim that he assisted Zucker in landing the top job at the network is false. Trump seems to have gotten the idea because he praised Zucker to Turner Broadcasting’s then-CEO Phil Kent at a charity dinner in the fall of 2012, a few months before CNN hired Zucker. But CNN sources say Turner had already decided to hire Zucker by that point. “This is entirely personal,” one CNN high-level source said.

Previous BREAKING: Trump Nominates Neil Gorsuch To SCOTUS
Next Trump Contradicts Spicer: Call It A “Ban” If You Want