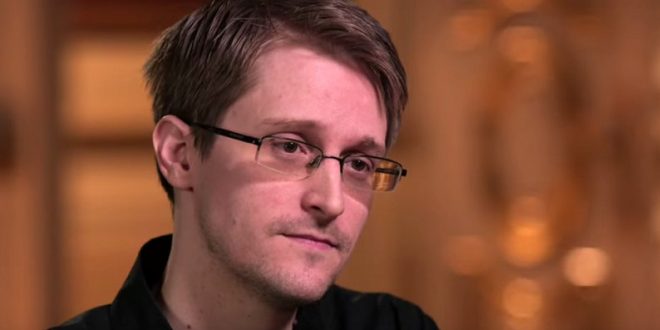 REPORT: Russia Is Considering Turning Over Edward Snowden To US Authorities As A “Gift” To Trump

U.S. intelligence has collected information that Russia is considering turning over Edward Snowden as a “gift” to President Donald Trump — who has called the NSA leaker a “spy” and a “traitor” who deserves to be executed. That’s according to a senior U.S. official who has analyzed a series of highly sensitive intelligence reports detailing Russian deliberations and who says a Snowden handover is one of various ploys to “curry favor” with Trump. A second source in the intelligence community confirms the intelligence about the Russian conversations and notes it has been gathered since the inauguration.

Former deputy national security adviser Juan Zarate urged the Trump administration to be cautious in accepting any Snowden offer from Russian President Vladimir Putin. “For Russia, this would be a win-win. They’ve already extracted what they needed from Edward Snowden in terms of information and they’ve certainly used him to beat the United States over the head in terms of its surveillance and cyber activity,” Zarate said.

A spokesman for the DOJ tells NBC that they would welcome Snowden’s return. Snowden’s ACLU lawyer says they have no indication that any such action might be imminent.

Finally: irrefutable evidence that I never cooperated with Russian intel. No country trades away spies, as the rest would fear they're next. https://t.co/YONqZ1gYqm