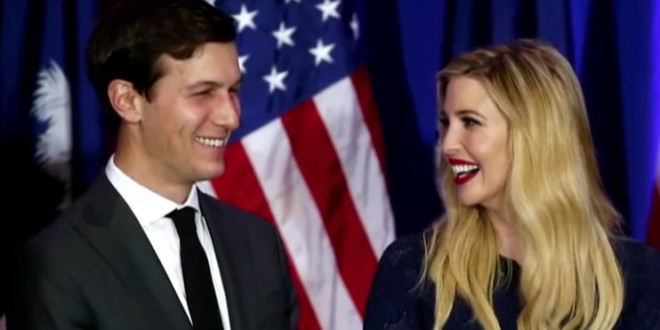 Jared Kushner and Ivanka Trump helped lead the charge to scuttle a draft executive order that would have overturned Obama-era enforcements of LGBT rights in the workplace, multiple sources with knowledge of the situation told POLITICO.

A draft executive order on LGBT rights that outlines how to roll back former President Barack Obama’s protections and expand legal exemptions based on religious beliefs has been circulating among journalists and worried progressive groups this week.

But two sources close to Kushner and Ivanka Trump, who have a record of supporting gay rights, said the couple favored putting out a clear statement from the president, promising to uphold the 2014 Obama executive order and stopping the momentum for the turnaround in its tracks.

On Tuesday night, the White House released a statement saying that “President Donald J. Trump is determined to protect the rights of all Americans, including the LGBTQ community. President Trump continues to be respectful and supportive of LGBTQ rights, just as he was throughout the election.”

As the above-linked article notes, hate group leaders such as Tony Perkins remain confident that a separate “religious liberty” order will be issued.