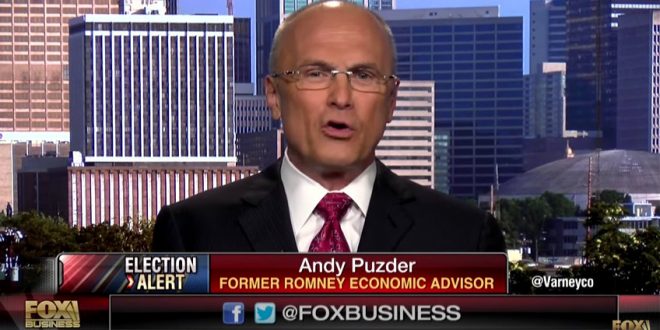 Andrew Puzder, President Trump’s pick for labor secretary, is expected to withdraw his name from the nomination, a source close to the restaurant executive tells CBS News’ Major Garrett. The source says he does not believe Puzder will appear for his confirmation hearing Thursday before the Senate’s Health, Education, Labor, and Pensions (HELP) committee.

Asked why, the source said, “I think he’s very tired of the abuse.” Another source working on Puzder’s confirmation preparation also told Garrett that the odds were about 80 percent odds that the CKE Restaurants executive would pull out of the nomination.

The news comes after days of intense scrutiny over Puzder’s fitness to lead the Labor Department and questionable support from Republican senators. Puzder, who previously lead the company that owns fast food chains Carl’s Jr. and Hardee’s, came under fire earlier this month after reports that he and his wife had employed an undocumented immigrant for housework.

Earlier this week Politico published excerpts from a 1990 episode of The Oprah Winfrey Show in which Puzder’s ex-wife accused him of domestic abuse.

UPDATE: And he’s out.