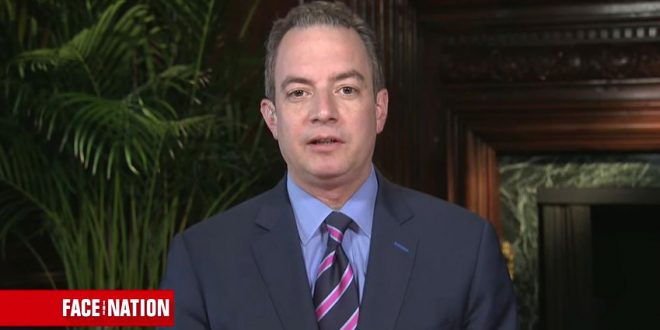 Reince Priebus: Take Trump’s Comments On Media Being The Enemy Seriously, Because They Are [VIDEO]

White House chief of staff Reince Priebus said President Donald Trump’s comments on the press being “the enemy” should be taken “seriously,” while criticizing journalists’ use of unnamed sources.

“I think you should take it seriously. I think that the problem we’ve got is that we’re talking about bogus stories like the one in the New York Times, that we’ve had constant contact with Russian officials. The next day, the Wall Street Journal had a story that the intel community was not giving the president a full intelligence briefing,” Priebus said. “Both stories grossly inaccurate, overstated, overblown, and it’s total garbage.”

Priebus also criticized journalists for using unnamed sources. “If the theory is that the press is supposed to be a free forum of information to speak to the American people, I think it ought to be accurate. And I think we’ve gotten to a place, John, where the media is willing to run with unnamed sources, apparently false leaked documents to create stories,” he said.

So Priebus can use unnamed sources to backup his claims, but the press is "an enemy" of the people because they used unnamed sources? https://t.co/tt214NzbM7

Previous SWEDEN: Former Prime Minister Ridicules Trump Over Invented Terror Attack: What Has He Been Smoking?
Next Fox Host Chris Wallace Blasts Priebus: Obama Didn’t Get To Tell Us What To Do And You Don’t Either [VIDEO]