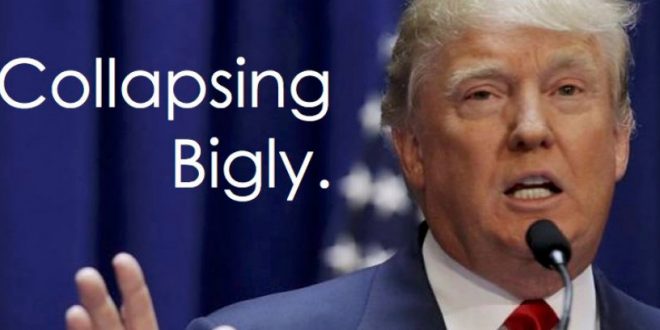 POLL: Trump’s Approval Rating Is “Sinking Like A Rock”

“President Donald Trump’s popularity is sinking like a rock,” Tim Malloy, the assistant director of the Quinnipiac University Poll said. “He gets slammed on honesty, empathy, level headedness and the ability to unite. And two of his strong points, leadership and intelligence, are sinking to new lows.”

One segment of voters is largely split on how often they can trust Trump to do the right thing: Eighteen percent say almost all the time, 20 percent most of the time and 21 percent some of the time. A whopping 40 percent, however, said they can hardly ever trust the president to do what’s right.

Previous LEAKED: Draft Document Lays Out Reasoning For Trump Administration To Rescind Trans Student Rights
Next Alex Jones Apologizes To Trump For Missing His Calls, Thanks Him For Watching Every Night [VIDEO]