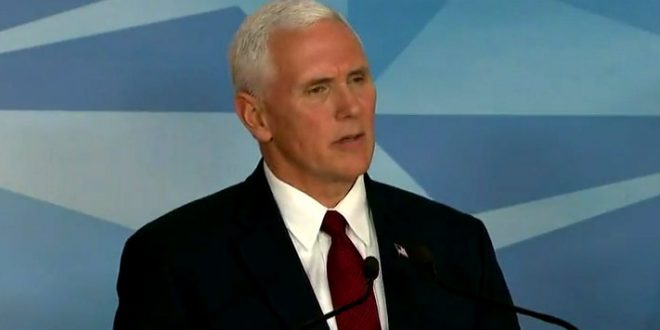 Pence: I Was “Disappointed” By Flynn’s Lies [VIDEO]

U.S. Vice President Mike Pence said on Monday he was “disappointed” the former White House national security adviser Michael Flynn had misled him on his contacts with Russia, and supported the decision by President Donald Trump to dismiss him.

“I was disappointed to learn that the facts that have been conveyed to me by General Flynn were inaccurate,” he told reporters during a visit to NATO headquarters in Brussels, adding that he “fully supported” the resignation.