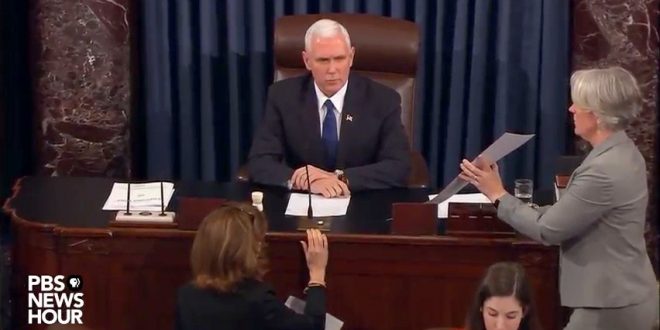 The Senate confirmed Betsy DeVos on Tuesday as education secretary, approving the embattled nominee only with the help of a historic tiebreaking vote from Vice President Mike Pence. The 51-to-50 vote elevates Ms. DeVos — a wealthy philanthropist from Michigan who has devoted much of her life to expanding educational choice through charter schools and vouchers, but has limited experience with the public school system — to be steward of the nation’s schools.

Two Republicans voted against Ms. DeVos’s confirmation, a sign that some members of President Trump’s party are willing to go against him, possibly foreshadowing difficulty on some of the president’s more contentious legislative priorities. It was the first time that a vice president has been summoned to the Capitol to break a tie on a cabinet nomination, according to the Senate historian.

The two Republicans who voted against the nominee, Senators Susan Collins of Maine and Lisa Murkowski of Alaska, announced their opposition to her last week. In back-to-back floor speeches, the lawmakers said Ms. DeVos was unqualified because of a lack of familiarity with public schools and with laws meant to protect students, despite her passion for helping them.