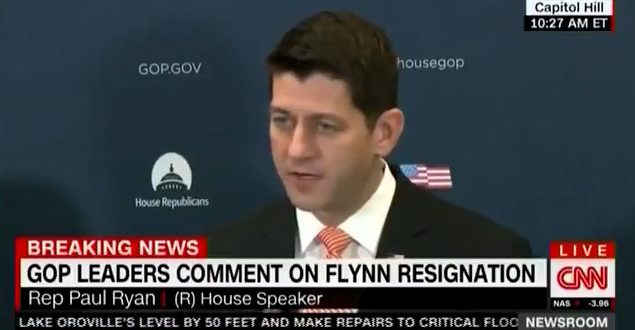 House Speaker Paul Ryan praised President Donald Trump for swiftly demanding his top national security aide Michael Flynn’s resignation – despite reports that indicate Flynn decided to step down on his own and that the White House sat on damaging information about Flynn’s ties to Russia for weeks.

“National security is perhaps the most important function or responsibility a president has. And I think the president made the right decision to ask for his resignation,” Ryan said Tuesday at a news conference. “You cannot have the national security adviser misleading the vice president and others.”