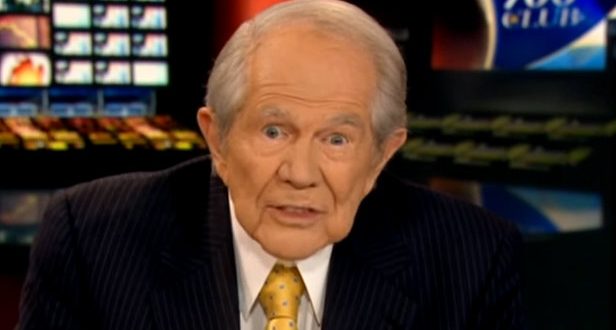 After insisting that Trump’s executive order on immigration was legal and just, Robertson attacked President Obama for supposedly having “ignored Congress and let in thousands of people who shouldn’t have come into this country.”

The televangelist then made the bogus claims that Trump only wants to keep “about 100 people” out of America while insisting that the dozens of protests against Trump’s policy “are all fake.”

“They’re paid for, many of them, and George Soros and those like him are paying the bill to make all these demonstrations look like the nation is rising up against this ban; it’s not,” he said. “The people of America want to be safe from terrorists.”