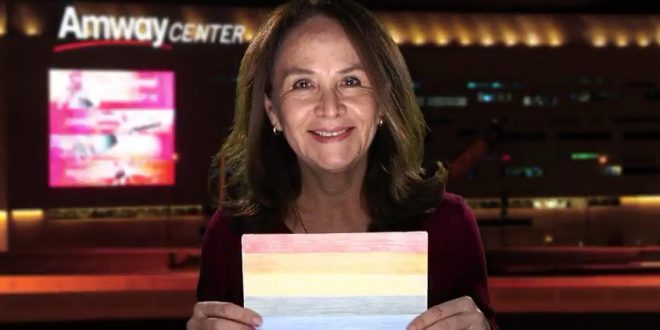 Why a new flag? A flag is more than just a symbol, it is a source of civic pride that makes people feel more connected to their city. As the City of Orlando’s story continues to evolve, so does the need for a visual identity that is unique to Orlando. The contest is an opportunity for our community to create a new city flag together. We want a flag that flies proudly around the entire city and outside our homes. A flag that people can rally behind and businesses are proud to display. A new flag that is designed by the people for the people.

The contest rules are here. The official materials don’t say so, but the Pulse Massacre probably helped spur this call for a fresh start. The current city flag, seen below, also resulted from a public contest and was adopted 37 years ago.