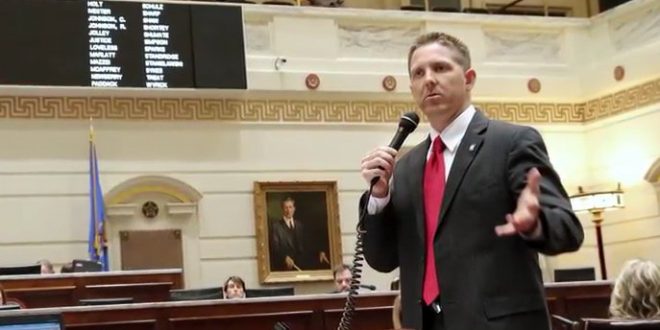 “That’s what some are asking for, is the ability to object to something but do it in a loving manner and it not be categorized as discrimination with the context of all that word conjures,” Brecheen said. “Does the senator recognize that’s exactly the argument that was raised in the Civil Rights movement 50 years ago?” Floyd said. “I wasn’t alive during that argument,” Brecheen said.