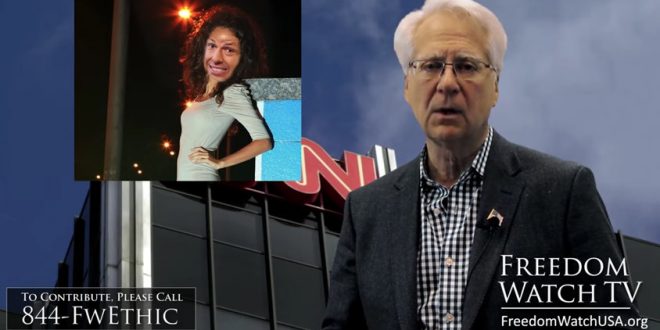 Last week World Net Daily columnist Larry Klayman declared that he has filed an assault lawsuit against Barack Obama for inciting a woman to yell at him at the Los Angeles airport. Today Klayman announced that he’s going to sue CNN “with a vengeance” for being fake news.

Klayman singles out “whore” CNN host Jake Tapper for outrageously calling out Trump’s lies and throws up a badly photoshopped image of Tapper in drag because anybody who opposes Trump is gay, probably.

Klayman then goes on to attack “low class piece of white trash” Chelsea Handler, CNN hosts Wolf Blitzer and Anderson Cooper, and for some reason Whoopi Goldberg, all of whom must be eradicated by Klayman’s newly formed “Leftist Media Task Force.