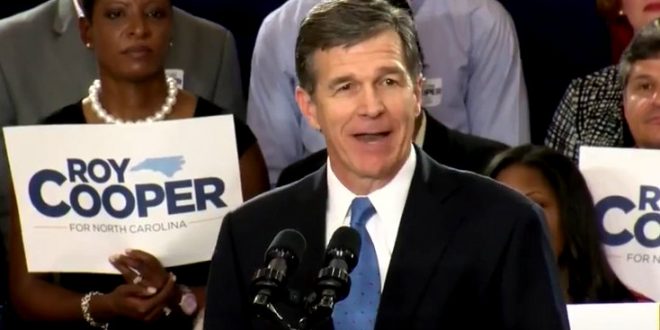 North Carolinians are tired of hearing about this. As I travel across the state, people from Murphy to Manteo tell me that they want their elected officials to come together to solve this problem before HB2 does even more damage.

We came close to repealing it in December. The Republican leadership in the legislature committed to repeal HB 2 if I persuaded the Charlotte City Council to repeal its nondiscrimination ordinance. I kept my commitment. They did not. However, in order to break the log jam, I have proposed a common sense compromise that includes three parts:

▪ Strengthen punishments for criminals who violate the safety, security and privacy of people in public bathrooms or dressing rooms. I believe this is a manufactured issue and it’s wrong to suggest LGBT individuals are a threat. But time and again, Republicans contend HB2 is about security and safety. This addresses those concerns and increases penalties for crimes committed against anyone in this setting while also removing discrimination against the LGBT community.

▪ Require local governments to give the legislature and the public a 30-day notice before passing new non-discrimination ordinances. Local governments are the closest to the people they represent, and I believe that they should be able to make these decisions on their own. This compromise ensures that there is time for input on new ordinances.

This common sense compromise addresses concerns from both sides. It is a path forward to bringing back businesses and sporting events. It is reasonable, and it will begin to wipe the stain off our state’s reputation.