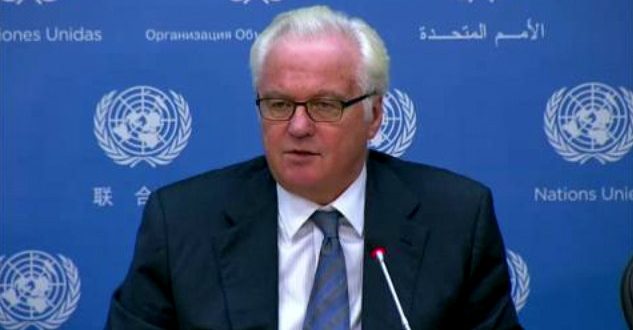 Russia’s ambassador to the United Nations, Vitaly Churkin, has died in New York, the Russian Foreign Ministry said in a statement on Monday. The ministry gave no details on the circumstances of his death but offered condolences to his relatives and said the diplomat had died one day before his 65th birthday.

Russia’s ambassador to the United Nations was rushed to a Manhattan hospital Monday morning after suffering heart problems, sources told The Post. Vitaly Churkin was at the Russian embassy on East 67th Street when he became sick with a “cardiac condition” around 9:30 a.m., sources said. He was unconscious and needed CPR when he was rushed to New York Presbyterian Hospital. The 64-year-old diplomat has served as Russia’s permanent representative to the UN since 2006.