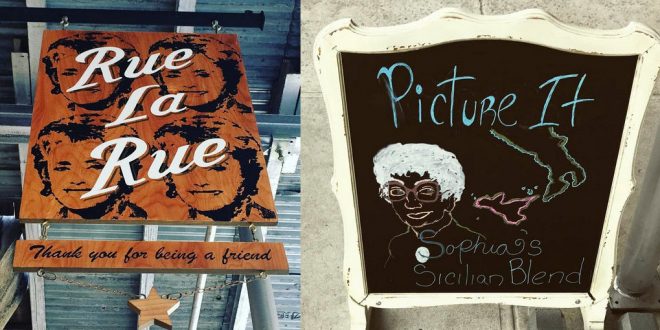 After months of anticipation, fans of The Golden Girls can finally pour one out for late actress Rue McClanahan (who played sultry Southern belle Blanche Devereaux) and the rest of her senior gang at New York City’s brand-new Rue La Rue Café. Plans for the Girls-themed eatery were first announced last summer; now, The New York Times reports, the establishment has finally opened its doors to the public.

Proprietor Michael J. LaRue was close with McClanahan (she used to joke that the two should get married so she could be named Rue LaRue), and when the actress died, LaRue became executor of her estate. McClanahan had wanted her personal items to be available for fans, so LaRue decided to honor his friend’s memory by opening a restaurant that’s equal parts neighborhood café and pop culture museum.

Hit the link for photos of all the memorabilia that adorns the cafe’s walls. And yes, they serve cheesecake.