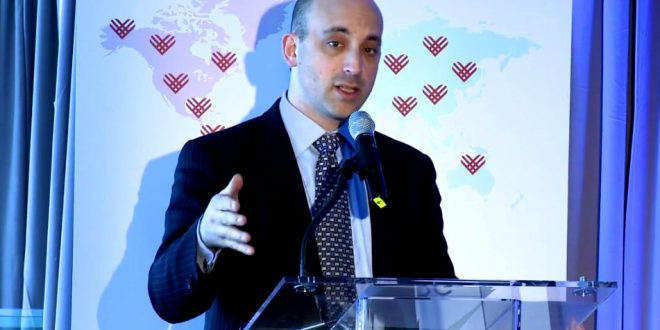 The Anti-Defamation League’s national headquarters in New York received a bomb threat Wednesday, and the group says it is working with authorities to determine if it is connected to the rash of threats targeting Jewish community centers across the country in recent months.

The bomb threat to the Third Avenue office was anonymous, according to ADL CEO Jonathan Greenblatt [photo]. Greenblatt said while there is nothing to indicate the threat is anything more than that, the group is taking it “very seriously.” The specific nature of the threat wasn’t immediately clear. Police say they got a call about it shortly before noon.

“This is not the first time that ADL has been targeted, and it will not deter us in our efforts to combat anti-Semitism and hate against people of all races and religions,” Greenblatt said in a statement.

This morning @ADL_national received a bomb threat. We’re just one of many #Jewish groups that has been targeted. More below. pic.twitter.com/2DI5JUCIY1