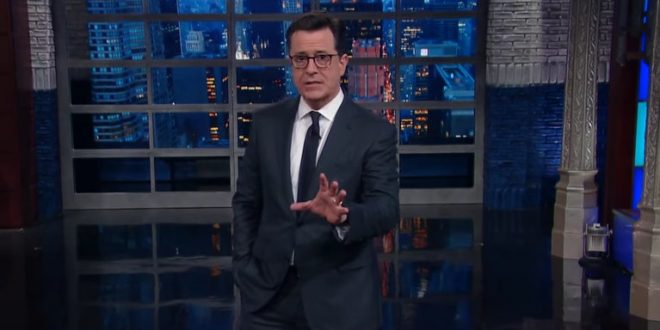 “And just because this attack didn’t happen, folks, doesn’t mean we don’t stand in solidarity with all the people who did not suffer.” The Late Show’s Stephen Colbert was sure to honor the imaginary victims of the “Bowling Green Massacre,” and he’s back to do the same with the faux terror incident in Sweden.

After President Donald Trump spoke last week at a rally about “what’s happening last night in Sweden,” when, in fact, nothing happened, Colbert responded. Mocking the fact that Trump seemed to have misheard or misunderstood news reported on Fox News, Colbert said, “I guess Trump only accepts intelligence reports with the logo, ‘As Seen on TV.'”