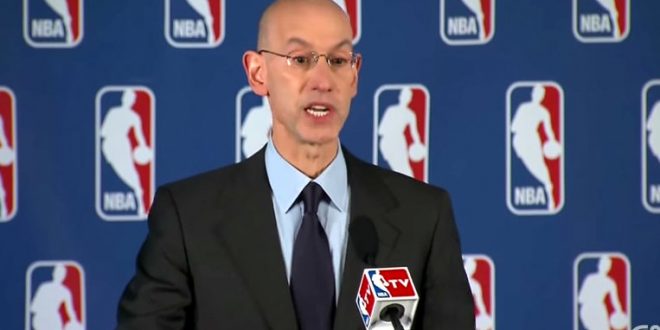 NBA Joins NFL In Warning Texas: Drop That “Bathroom Bill” If You Want To Host Another All-Star Game

Put the NBA on the growing list of sports organizations warning Texas over its proposed transgender bathroom bill. In a statement to the Houston Chronicle last week, Spokesman Mike Bass said the NBA weighs a number of factors before choosing where to hold major events, including how fans and athletes will be treated.

“We consider a wide range of factors when making decisions about host locations for league-wide events like the All-Star Game — foremost among them is ensuring the environment where those who participate and attend are treated fairly and equally,” Bass said.

The NBA has come out against anti-LGBT bills in the past, moving Sunday’s NBA All-Star Game from Charlotte to New Orleans after lawmakers in North Carolina passed their own version of the transgender bathroom bill into law. Texas isn’t scheduled to host any major NBA events in the near future, but Dallas Mavericks owner Mark Cuban supported the decision to move the All-Star game and even offered up the Big D as an alternative.

Previous Hair Furor Rants Again: The Fake News Media Is Not My Enemy, They Are The Enemy Of The American People
Next Ted Nugent: I Might Run For US Senate