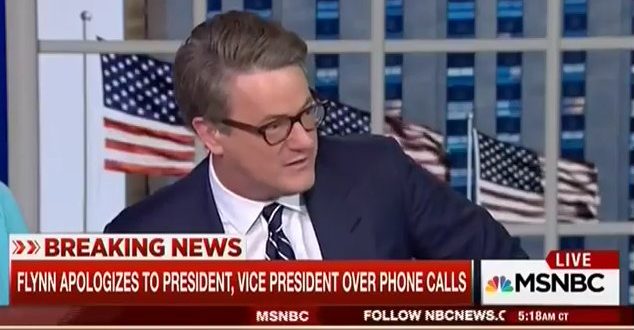 Counselor to the president Kellyanne Conway’s assertion that former national security adviser Michael Flynn enjoyed “the full confidence of the president” just hours before he offered his resignation is proof that President Donald Trump’s former campaign manager is “out of the loop” and acting recklessly, MSNBC host Joe Scarborough said Tuesday morning.

“She goes out and lies and you find out about those lies a couple hours later,” Scarborough said, addressing “Morning Joe” panelist Willie Geist. “Or if she’s not lying, Willie, she is – actually what I’ve heard she is – so out of the loop. She’s in none of the meetings and she just goes out without talking without having the facts.”

“Morning Joe” co-host Mika Brzezinski took her turn attacking Conway as well, remarking that “it’s not worth the interview” to bring Conway onto cable news shows like the one she hosts with Scarborough. Brzezinski added that for Conway, “interviews are her chance to one up and suck up and, you know, make mistakes.”

Previous RUSSIA: Lawmakers Rant That Michael Flynn Was Ousted For The “Thoughtcrime” Of Being Pro-Kremlin
Next BURN NOTICE: Hillary Twists The Knife In Flynn Over Pizzagate, Suggests He Get A Job At Dominos