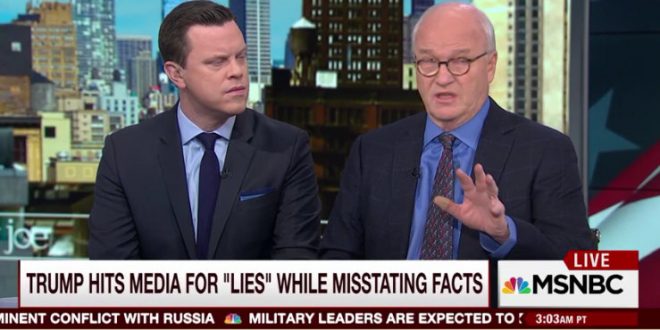 Morning Joe Panel Is Aghast At Trump’s Presser: The President Has Lost His Grip On Reality [VIDEO]

MSNBC’s Joe Scarborough and Mika Brzezinski were stunned — and terrified — by what they saw Thursday during President Donald Trump’s bizarre and vapid news conference. “That would have been a really funny hour or so of television if he weren’t president of the United States,” Scarborough said. “It was one of the most chaotic, rambling press conferences anybody has ever seen.”

Scarborough said the president seemed “addicted to chaos,” but he marveled at Trump’s most ardent supporters — who liked what they saw during the 77-minute spectacle. “They were laughing, and they weren’t laughing at Donald Trump — they were laughing at the media,” Scarborough said. Mike Barnicle, the veteran journalist and MSNBC contributor, said “the No. 1 story is the stability of the president of the United States.”