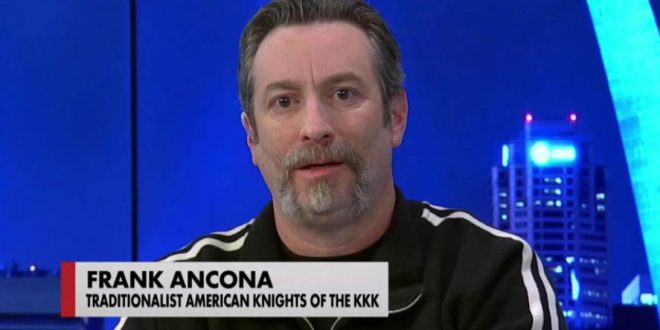 The leader of a Missouri Ku Klux Klan group was found dead of a gunshot wound near the Big River by a family in the area to go fishing. An autopsy revealed that Frank Ancona, 51, had been shot in the head, officials said.

Washington County Sheriff Zach Jacobsen said one man was arrested on an unrelated warrant, and that an investigation into the death was continuing. “Right now no one has been charged in his death, but that may change tomorrow,” Jacobsen said.

Ancona, of Leadwood, Mo., called himself an imperial wizard with the Traditionalist American Knights of the Ku Klux Klan. A website for that group features an image of Ancona in a white hood and robe standing in front of a burning cross.

Ancona’s son reportedly identified his father’s nearby vehicle by its Trump bumper sticker.