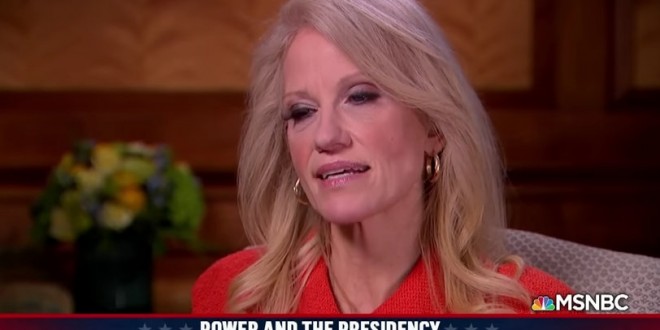 Kellyanne Conway has taken “alternative facts” to a new level. During a Thursday interview with MSNBC’s Chris Matthews, the counselor to the president defended President Trump’s travel ban related to seven majority-Muslim countries. At one point, Conway made a reference to two Iraqi refugees whom she described as the masterminds behind “the Bowling Green Massacre.”

Two Iraqi men who lived in Bowling Green, Ky., were indicted in 2011 and are serving life sentences for using improvised explosive devices against U.S. soldiers in Iraq and also for attempting to send weapons and money to Al-Qaeda in Iraq for the purpose of killing U.S. soldiers. The Department of Justice says so — right here. But there is no mention of anything that resembles — in any way — violent offenses that can be characterized, even informally, as a “massacre” or terrorist attack in Bowling Green.

On Conway’s claim that Trump’s refugee ban resembles a similar move taken by Obama after the two Iraqis were arrested in Bowling Green, The Washington Post reported that this is also not true. The paper reported that the Obama administration imposed additional background checks on Iraqi refugees but did not stop or ban Iraqi resettlement. Conway was not available for comment on her allegations or use of the word “massacre.”