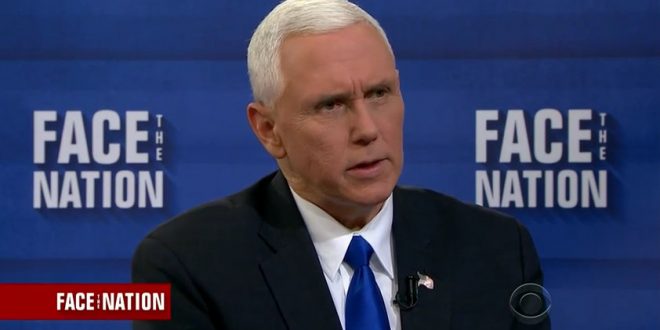 “What you heard there was a determination to attempt to deal with the world as it is,” Pence said. “Let’s start afresh with Putin, and start afresh with Russia.” “Do you think America is morally superior to Russia?” asked host John Dickerson. Pence gave a long response that avoided answering the question.

“What we have in this new president is someone who is willing to engage the world, including Russia, and saying where can we find common interests that will advance the security of the American people, the peace and prosperity of the world, and he is determined to come at that in a new and renewed way.”

Previous Madeleine Albright: “Puppet Master” Steve Bannon Is Pulling The Strings On Trump’s Actions [VIDEO]
Next McConnell: Use Of Nuclear Option To Confirm SCOTUS Neil Nominee Gorsuch Is “Up To Democrats” [VIDEO]