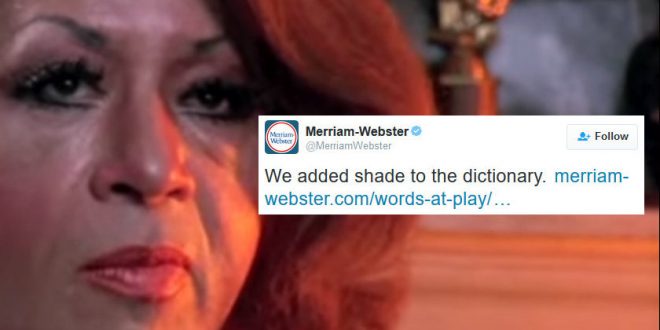 America still has much to learn from drag queens—gender being a social construct, for example, or the perils of hog body—but there’s one aspect of drag culture that has long since moved into the mainstream, and that’s the slang. Chief among these linguistic gifts is a new, many-layered meaning for the word “shade,” a concept that has been part of black culture since slavery but has only now been added to the Merriam-Webster dictionary, according to a tweet sent out by Merriam-Webster earlier today.

Previous MARYLAND: Melania Trump Claims “Substantial” Settlement In Libel Suit Against Little-Known Blogger
Next Trump Lashes Out At Nordstrom For Dropping Ivanka’s Line: She Has Been Treated So Unfairly, Terrible!