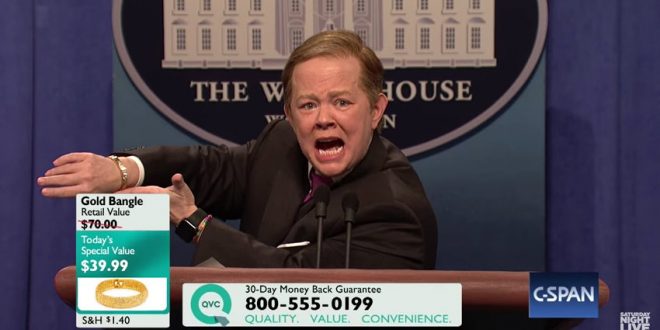 It is astonishing and shameful that we’ve reached the point as a nation where the antics of a sketch comedy troupe have a visible influence on the head of the federal government, but there’s no point denying that’s where we’re at.

So, in very important news that could change the course of the presidency, and indeed the entire world, Melissa McCarthy returned to Saturday Night Live this weekend to reprise the role of White House Press Secretary Sean Spicer.

McCarthy debuted the character a week ago, and according to Politico, Trump loathed it, particularly because Spicer was being played by a woman. The story — and that detail in particular—could just be members of Trump’s fractious staff trying to ratfuck each other, but Trump’s uncharacteristic silence about last week’s episode can’t have been a good sign.