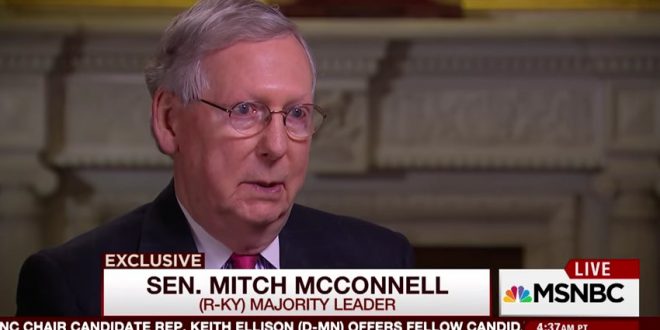 “I mean, under the Constitution, all of our actions are subject to judicial review,” McConnell (R-Ky.) told MSNBC’s “Morning Joe” in an interview taped on Tuesday that aired Wednesday morning. “All of the president’s actions?” host Joe Scarborough followed up.

“Yes, all of us, both Congress and president and that’s, of course, happening,” McConnell replied. “The 9th circuit has spoken on this issue and the White House will respond to it in one of the ways that they have to deal with this, including the possibility of issuing a different order.”