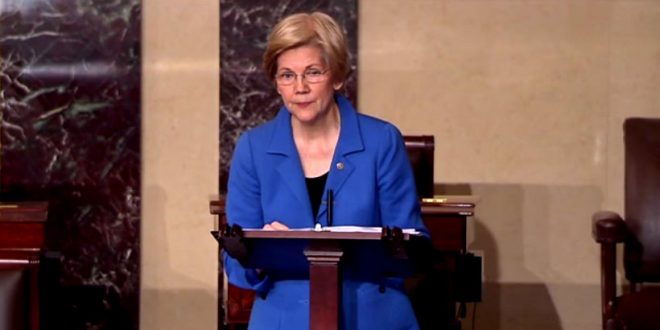 Senate Majority Leader Mitch McConnell (R-Ky.) rose on Tuesday and objected in the midst of a speech Sen. Elizabeth Warren (D-Mass.) was giving in opposition to the nomination of Sen. Jeff Sessions (R-Ala.) to be attorney general. McConnell took particular issue with Warren quoting a letter written by Coretta Scott King, Martin Luther King Jr.’s widow, when Sessions was under consideration for a federal judgeship in 1986.

McConnell invoked the little-used Rule XIX, which says that “No Senator in debate shall, directly or indirectly, by any form of words impute to another Senator or to other Senators any conduct or motive unworthy or unbecoming a Senator.” King’s letter argues that, during his time as a prosecutor in Alabama, “Mr. Sessions has used the awesome power of his office to chill the free exercise of the vote by black citizens.” It was that portion of the letter that McConnell read back to the presiding officer, arguing that it was over the line.

The Republican presiding in the chair, Sen. Steve Daines (Montana), agreed with McConnell, ruling her in violation of the order and forcing her to sit down. “I am surprised that the words of Coretta Scott King are not suitable for debate in the United States Senate,” Warren replied.

Could there be a bigger gift to the Ds than the silencing of @elizabethforma for reading from Coretta Scott King’s letter?

I will not be silent about a nominee for AG who has made derogatory & racist comments that have no place in our justice system.

Silencing @elizabethforma should trigger the Striesand effect. Blast this letter the senate doesn’t want you to see: pic.twitter.com/85KFq2UmFu