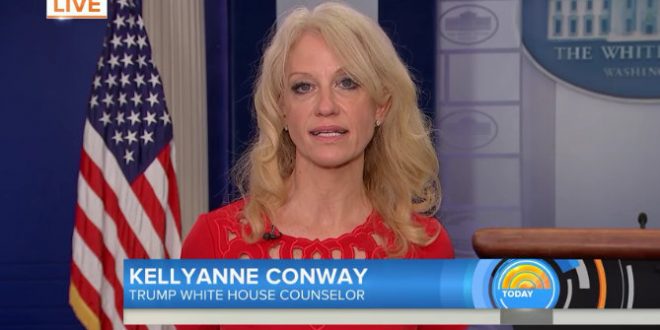 Kellyanne Conway got more than she bargained for this morning during an appearance on the NBC TODAY Show, getting hammered by anchor Matt Lauer over several inconsistencies stemming from General Michael Flynn, the former National Security Advisor who officially resigned late Monday night. While Conway attempted to explain away her previous comments that Flynn “had the full confidence of the President,” Lauer pointed out her timeline of the events don’t add up.

“You’re saying that was the straw that broke the camel’s back,” Lauer said regarding Flynn’s intentional misleading of Vice President Mike Pence over phone calls Flynn made in December to a Russian ambassador on the day the Obama administration levied sanctions against Russia. “But the White House knew about that last month, when the Justice Department warned the White House that Flynn had not been completely honest,” he continued.

Previous BREAKING: Michael Flynn Resigns Over Russia Lies
Next Conway Defends White House: I’m Not Here To Say Who Knew What And When They Knew It [VIDEO]