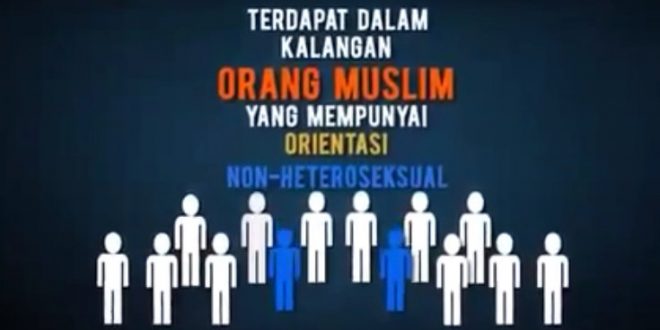 Malaysia’s Government has endorsed gay conversion therapy after federal authorities claimed sexual orientation can be changed with extensive training. A video produced by the country’s family, social and development department explains how Muslims can change their approach to the LGBT community so that it does not promote hate against a minority, but the video has sparked anger for its suggestion that sexuality can be “cured”.

The three-minute long video in the Malay language says: “The fact is, there are those among Muslims that have non-heterosexual orientation but remain steadfast on the path of Islam. “For them, this is a test of Allah, and they choose to face the test appropriate with what Islam demands.” In Malaysia, LGBT rights are largely unrecognised and sodomy remains a criminal activity under British Empire colonial era law.

According to the Malay Mail Online, the film likens sexual orientation to horse riding, claiming when someone realises they have different preferences from the majority, they need extensive training and guidance to correct this. It urges a repentant homosexual to fulfil their desires through marriage or to suppress their appetite through measures including fasting. The video advises Muslims to be patient and help their friends change and return to the heterosexual path, if they discover them to be LGBT.

Gay Malays have mixed reactions to the video itself. Via Gay Star News:

Social media was divided about the message of the video with some people praising JAKIM for its ‘soft-lined’ approach to the issue. “Color me surprised with rainbow colors,” said Luq Harith. “JAKIM actually came out with a video that is non-hateful of the LGBTI community. This is far better than saying they’re sinners, they’re going to Hell, bla bla bla.”

Other people said the video would promote false ideas about conversion therapies. “This video is going to make people believe that there is a way to ‘change’ homosexuals into heterosexuals. No way you can do that,” said Sheelabanu Sri Jaya. “Not impressed with the content but kudos to JAKIM for focusing on not being hateful or violent towards LGBTI people,” Huda Mutalib said.

JAKIM is the acronym for the Department of Islamic Advancement of Malaysia, which is part of the National Fatwa Council.