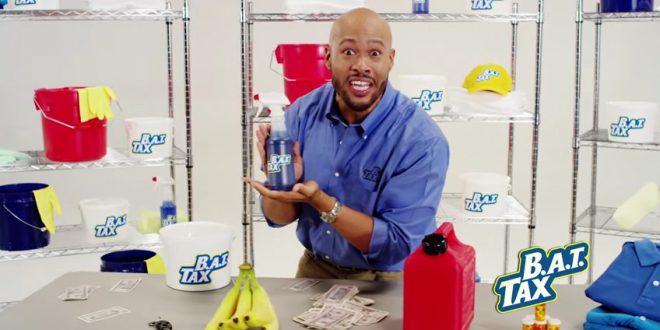 A top retail group is launching a TV ad campaign slamming House Republicans’ proposed border-adjustment tax (BAT) with a parody of classic informercials. The National Retail Federation (NRF) on Tuesday debuted the ad on “Fox and Friends,” and it will air during this week’s “Saturday Night Live.” Both are shows President Trump is known to watch, and “SNL” parody commercials appear to be the ad’s inspiration.

The ad is a take on pitchman-style commercials like those for OxiClean. “Too much dough got you feeling low? Too much cash breaking your back? Then you need … the BAT tax!” the pitchman in the ad says. “The all-new BAT tax is specially designed to make your disposable income — disappear!”

Previous Bush Slams Rise Of Racism Under Trump [VIDEO]
Next Alex Jones: If You Want To Get Closer To God, Be More Like Homocon Blogger Matt Drudge [VIDEO]