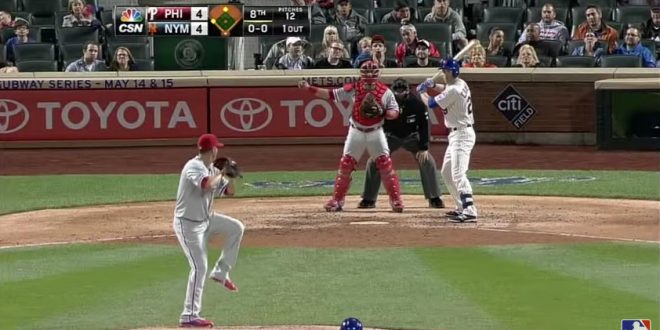 As minute as it may feel, the MLB has made the pitcher’s life easier and the fan’s experience faster with one rule change. The league and the Players Association agreed Tuesday to eliminate the four-pitch intentional walk and implement a dugout signal in its place, according to ESPN.

The shake-up offers one solution to a series of discussions about improving the pace of play and duration of games, which also included proposals to raise the strike zone, install pitch clocks and limit trips to the pitcher’s mound.

The league estimates removing the pitcher’s four meaningless lobs to the plate would cut down about a minute of dead time for each walk. Although the game has seen a decline in intentional walks over the years, with one every 2.6 games last season, the MLB decided to go with practicality over tradition.

The sports reporter below is very unhappy.

Previous CPAC Head Defends Decision To Disinvite Homocon Milo: All This Pedophilia Talk Is Distracting [VIDEO]
Next Stephen Miller: Trump’s Coming Travel Ban Will Be “Fundamentally” The Same As The First One [VIDEO]