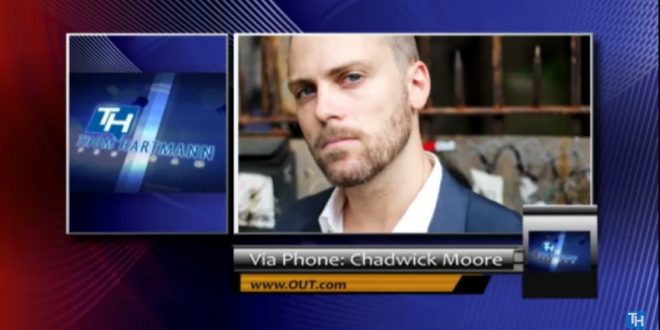 Out Magazine Writer: The Vicious Backlash To My Milo Interview Made Me Realize I’m A Homocon Too

Out Magazine writer Chadwick Moore claims that the vicious response to his interview with repulsive homocon Milo Yiannopolous has forced him to decloak as a homocon himself. From his column in the New York Post:

I’ve already told my family, and it’s brought me closer to my father. He’s a Republican and a farmer in Iowa, and for years we just didn’t have very much to talk about. But after Trump’s inauguration, we chatted for two hours, bonding over the ridiculousness of lefties. But we also got serious: He told me that he is proud of my writing, and I opened up about my personal life in a way I never had before to him.

I’ve made some new friends and also lost some who refuse to speak to me. I’ve come around on Republican pundit Ann Coulter, who I now think is smart and funny and not a totally hateful, self-righteous bigot. A year ago, this would have been unfathomable to me.

I even went on a date this past week with a good-looking Republican construction worker, someone I previously would not have given a shot. I hope to find out that it pays to keep an open mind. And I hope that New Yorkers can be as open-minded and accepting of my new status as a conservative man as they’ve been about my sexual orientation.

Hit the link for Moore’s recounting of being frozen out by his friends immediately after the interview. His Twitter feed this morning is full of self-congratulation and perhaps most notably, a retweet of Infowars blogger Paul Joseph Watson.

(3) @Chadwick_Moore I'd be your friend any day. PS. How did the date with the Republican Construction worker go?

Thanks! He was lovely. I'm still sore. https://t.co/KyYpIlJ9q0

Thank you, sir! when in the closet, I never believed a word they said about straights, whites, males, gun-totters, evangelicals, or Texans! https://t.co/NlAekZclA5

I want to give @MsBlaireWhite a shout out. Because she has been a major influencer in the LGBT resistance against the regressive left 😘

Conservatism is the new punk rock. Deal with it. 🤗