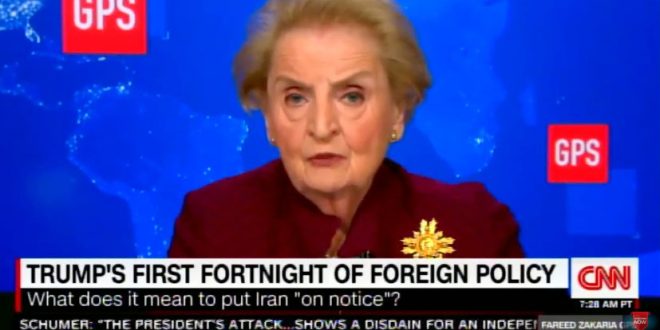 Bannon was elevated by Trump by executive action on Jan. 28 to the NSC at the same time as the chairman of the joint chiefs of staff and the director of national intelligence were demoted to less-significant roles. Albright, who was secretary of state under President Bill Clinton, said she found Bannon to be a troubling presence in general. “The influence generally of Mr. Bannon is passing strange,” she told Zakaria, noting a reputed fondness on Bannon’s behalf for Vladimir Lenin.