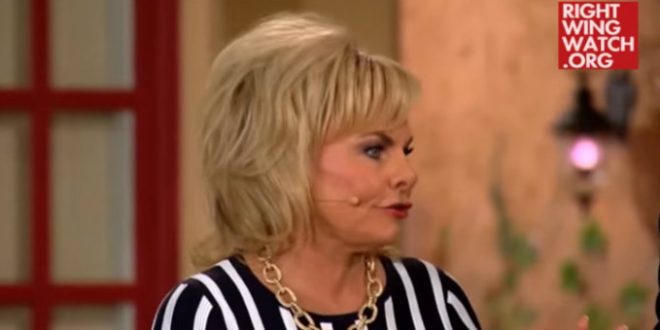 On his television show yesterday, pro-Trump televangelist Jim Bakker continued to criticize the Women’s March on Washington, claiming that the people who participated in the march are “broken” and unhealthy.

Bakker’s wife and co-host, Lori Bakker, suspected that the women who marched against President Trump were survivors of childhood abuse: “Most women like that have been molested, they’ve been abused, they’ve been whatever in their life. You just have to go back to, typically, early childhood and things like that. And they just need the healing of the lord.”

Lori’s face is pulled so tight she can hardly move her lips.

Previous Pope Francis Slams Trump’s Proposed Mexican Wall: A Christian Would Never Say “You Will Pay For That”
Next Hillary Tweets Support For Sen. Elizabeth Warren