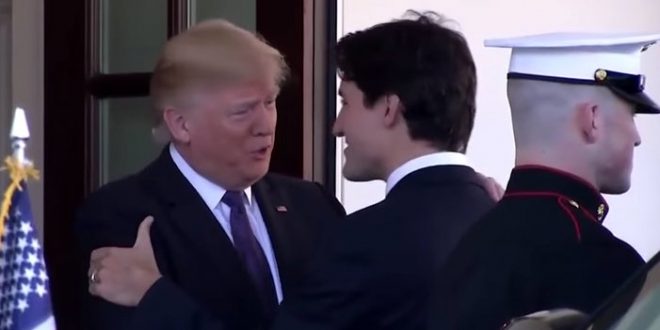 Trade stands front and center as President Donald Trump and Canadian Prime Minister Justin Trudeau meet at the White House on Monday. The pair will hold a press conference at 2 p.m., ET, to give more details on the meeting.

Trudeau, a member of Canada’s Liberal Party, clashes with Trump on many policy issues, and the Canadian leader made an appeal to refugees last month after Trump signed his divisive executive order restricting travel from seven Muslim-majority countries. Still, Trudeau will have to balance his differences with Trump with a desire to protect the neighbors’ economic relationship.

Trump wants to renegotiate the North American Free Trade Agreement, a deal between the U.S., Canada and Mexico that Trump partly blames for jobs leaving the United States. Trump has focused most of his rhetorical ire on Mexico rather than Canada.