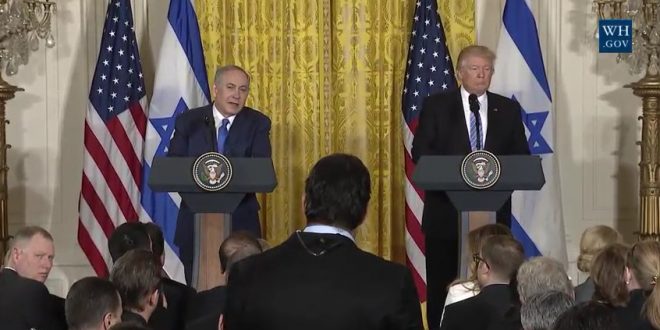 President Trump will host Israeli Prime Minister Benjamin Netanyahu at the White House Wednesday for a series of meetings intended to “show there is no daylight” between the two leaders on a range of issues, White House aides say.

And that includes the so-called “two-state solution” that has been a hallmark of U.S. policy in the Middle East — and a source of friction between the Netanyahu government and Trump’s predecessor, President Barack Obama.

The two-state solution calls for a negotiated settlement leading to a Palestinian nation alongside Israel, and it was the U.S. policy under both the Bush and Obama administrations. But ahead of Netanyahu’s visit with Trump — which will include business meetings, a working lunch and a joint press conference — the Trump administration appeared to back away from that policy.

The two sides have to agree on a two-state solution, and the United States can’t impose it on them, said a senior White House official, who spoke on condition of anonymity to discuss sensitive diplomatic negotiations.