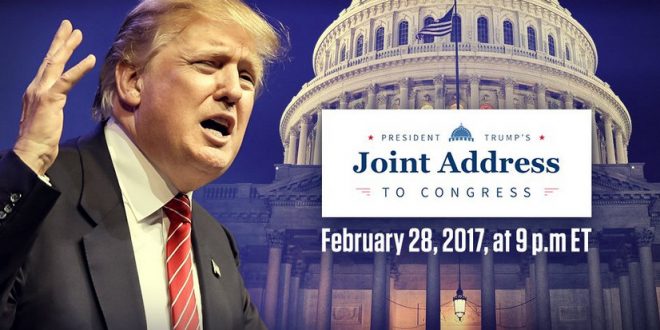 Donald Trump will give his first address to both chambers of Congress at 9PM Eastern tonight. Advance coverage has begun in the live-streams posted below. The speech is not billed as a formal State Of The Union address, as tradition dictates that SOTU addresses only take place after the first full year in office. Sean Spicer has released a short list of tonight’s topics: