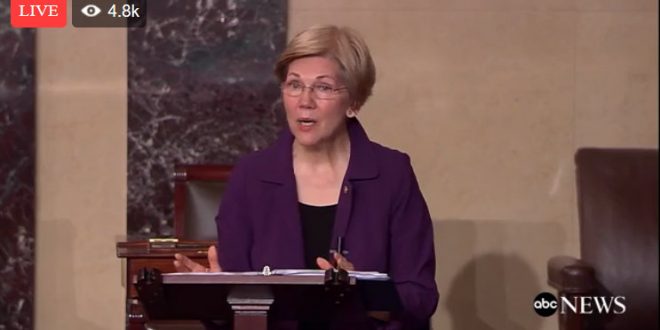 Senate Democrats have announced a plan to hold the Senate floor for the next 24 hours to speak against President Donald Trump’s pick for education secretary, Betsy DeVos. “In my mind, she is the least qualified nominee in a historically unqualified cabinet,” Sen. Chuck Schumer said from the floor on Monday. “On conflicts of interest, she ranks among the worst.”

“Frankly, Ms. Devos’ answers at the hearing were embarrassing,” he continued. The rare move comes one day before the Senate is scheduled to cast their final vote on her nomination, which is likely to result in a 50-50 tie, with two Republican senators voting not to confirm DeVos. In the event of a tie, Vice President Mike Pence will cast the deciding vote.

Previous CNN Publicly Calls Out Kellyanne Conway For Lying About Being Rejected For Yesterday’s Morning Show
Next Pat Robertson: George Soros Is Paying Protesters To Make It Look Like Trump’s Ban Is Unpopular [VIDEO]