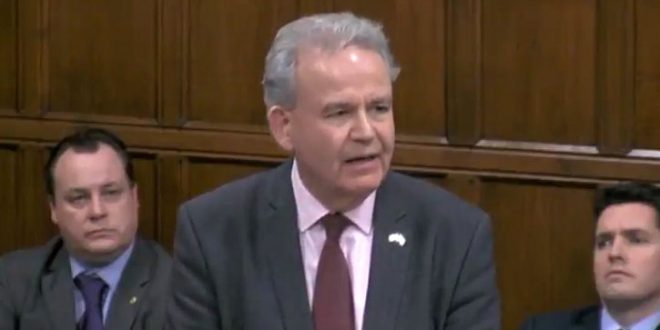 The political controversy over the decision to accord US President Donald Trump the honor of a state visit to the UK will be reignited in the British parliament on Monday. Members of Parliament will spend up to three hours discussing a petition calling for the visit to be downgraded because of Trump’s “well-documented misogyny and vulgarity.”

The petition attracted more than 1.8 million signatures, easily crossing the 100,000 threshold qualifying it for a parliamentary debate. A rival 310,000-strong petition in support of the state visit will also be discussed.

While the debate is largely symbolic, it will expose the fault lines caused by the decision of the British government to award Trump a state visit so early in his term of office.
Protests against Trump’s travel ban in London.

The Speaker of the House of Commons, John Bercow, faced calls for his resignation from some MPs after he said he was “strongly opposed” to letting Trump address lawmakers during his visit because of Parliament’s “opposition to racism and sexism.”