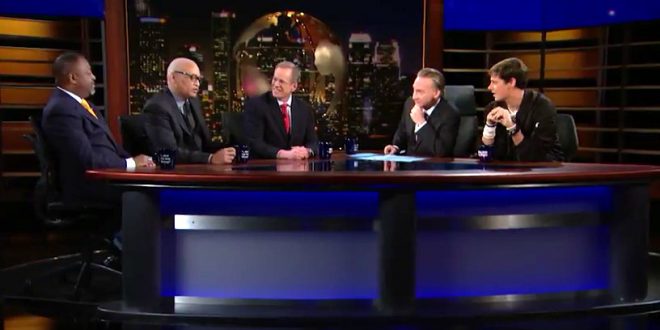 He couldn’t take it anymore. Comedian Larry Wilmore became visibly angry, but remained composed, after alt-right figurehead Milo Yiannopoulos went on a five-minute rant against transgender people during Bill Maher’s “Overtime” on Friday night. But when Yiannopoulos called a decorated counterterrorism official on the late night show’s panel “stupid,” Wilmore couldn’t hold himself back any longer.

“Hold on, hold on, you can go f–k yourself,” the seasoned funnyman said to roars from the audience. “If your argument is that these people are stupid you didn’t hear a word this man said earlier in this segment because he can talk circles around your pathetic, douchey little ass.” “And one last thing, Leslie Jones is not ‘barely literate.’ Go f–k yourself again for that one,” Wilmore added bluntly, again to raucous cheers.

You’ll note that Maher says “that’s not unreasonable” when Milo says that woman and girls should not have to share a bathroom with trans women.