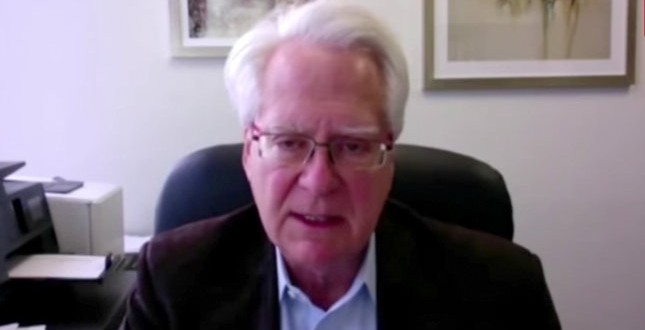 This is the same nutjob who many times called for a literal revolution against President Obama. Kyle Mantyla reports at Right Wing Watch:

Right-wing attorney Larry Klayman appeared on Steve Malzberg’s Newsmax program today to discuss the lawsuit he has filed against former President Obama for allegedly inciting a protestor opposed to President Trump’s ban on refugees and immigrants from several predominantly Muslim nations to “assault” him at Los Angeles International Airport over the weekend. That “assault” apparently consisted of carrying a sign and yelling at passengers.

“Someone with an Arabic accent, a female, charged at me and others in a very aggressive and provocative way,” Klayman said, “causing us fear of immediate bodily injury or death—that’s the standard for assault. She was obviously egged on by President Obama after he left office, in his private capacity, when he was giving a call to arms, in effect, to protesters to continue this mayhem and destruction.”