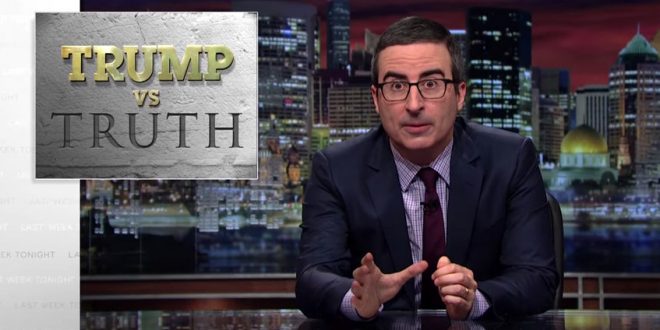 John Oliver is now in the advertising business. On the season four premiere of “Last Week Tonight,” he revealed a series of TV spots that will run when he believes Donald Trump will be watching — during morning news shows on MSNBC, Fox News and CNN. The commercials are designed to educate the president, Oliver said, and they feature an elderly cowboy saying things like, “Just because sometimes it’s cold, that don’t mean there’s no global warmin’. You’re confusing climate with weather, pardner.”

Previous REPORT: US Spies Are Withholding Intel From Trump Because The Kremlin “Has Ears” Inside White House
Next CALIFORNIA: Nearly 200,000 Ordered To Evacuate Over Flood Fears Below Nation’s Tallest Dam [VIDEO]