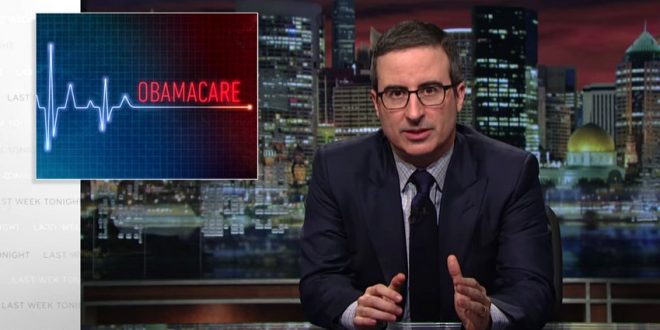 John Oliver Rips GOP On Flailing Obamacare Repeal: They Still Have No Idea How To Go About It [VIDEO]

You know how the Republicans in Congress have been trying to repeal the Affordable Care Act for ages? And now that they actually have the chance to do it, they seem to have no replacement in place? Yeah, well your favorite late night host has noticed it too. John Oliver’s Obamacare segment took the talking points that make up the current Republican plan to replace the groundbreaking healthcare legislation and absolutely ripped them to shreds. Although, as he pointed out, the people speaking out at those town hall events already seem to understand things pretty well.

He starts things out by rehashing their complaints from around the time it was getting passed — according to some, it was “the worst piece of legislation ever passed” (which, Oliver notes, definitely gets the Fugitive Slave Act off the hook). The segment goes on to say that no matter how much complaining they’ve done, they still haven’t actually managed to put forward a replacement that would guarantee the same levels of coverage. Their proposed legislation, Oliver points out, even includes the word “placeholder” instead of an explanation of their plan.

Previous Marco Rubio: I Can’t Do Any Town Halls Because Mean Liberal Activists Will “Heckle And Scream” At Me
Next REPORT: Sean Spicer Pressured Top Officials To Discredit New York Times Story On Russia And Trump