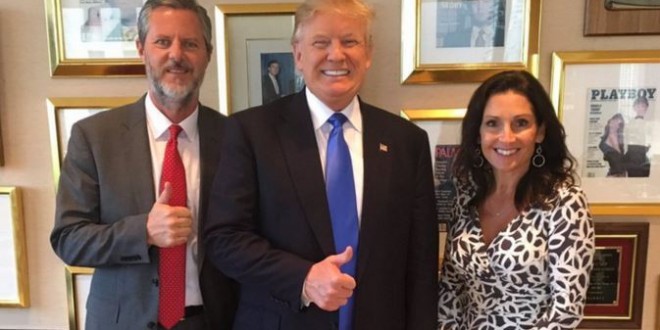 The Chronicle Of Higher Education reports:

Jerry L. Falwell Jr., president of Liberty University, has been asked by President Trump to head up a new task force that will identify changes that should be made to the U.S. Department of Education’s policies and procedures, Mr. Falwell told The Chronicle on Tuesday.

The exact scope, size, and mission of the task force has yet to be formally announced. But in an interview, Mr. Falwell said he sees it as a response to what he called “overreaching regulation” and micromanagement by the department in areas like accreditation and policies that affect colleges’ student-recruiting behavior, like the new “borrower defense to repayment” regulations.

“The goal is to pare it back and give colleges and their accrediting agencies more leeway in governing their affairs,” said Mr. Falwell, who said he had been discussing possible issues with several other college leaders and at least one head of an accrediting agency for the past two months. “I’ve got notebooks full of issues,” he said.

Liberty University rakes in over $800M annually via federal grants and loans to students.