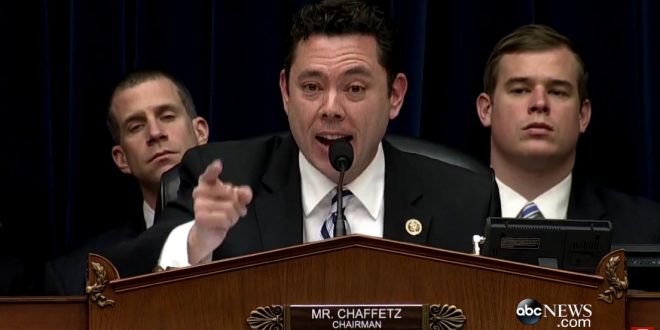 House Oversight and Government Reform chairman Jason Chaffetz says he will not immediately investigate former National Security Advisor Michael Flynn’s interactions with Russia, but may consider launching an inquiry in the future.

“[Flynn] can’t mislead people, and that seems to have resolved itself with the White House taking some decisive action,” Chaffetz, R-Utah, told ABC News today in the Capitol. “But I’m not going to close off any doors to any possibilities of what we may or may not do.”

For now, Chaffetz says he will focus his attention on other controversies surrounding the Trump administration, such as the president’s lease of the Old Post Office from a federal agency; Kellyanne Conway’s comments promoting Ivanka Trump’s business interests; and whether the president held sensitive discussions of a North Korean missile test in public.

“I am sending a letter to Reince Priebus about what happened at Mar-a-Lago,” Chaffetz said, referring to the president’s chief of staff. “I do want to understand, ‘Was there classified information in a nonsecure setting?’”