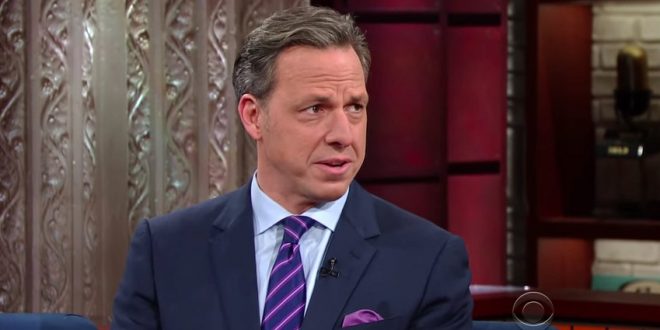 CNN’s Jake Tapper doesn’t seem to care that President Donald Trump actively dislikes his network. And the news anchor doesn’t think anyone else at CNN has a problem with it, either. In an interview with “Late Show” host Stephen Colbert Wednesday, Tapper talked about CNN’s contentious relationship with the White House.

“What’s it like in the halls over there knowing that the president actively doesn’t like your network?” Colbert asked. “How do people feel over there?” “I don’t think anybody cares,” Tapper responded to applause.

The journalist said he didn’t think former President Barack Obama was a particular fan of his, either. “The job is to not be liked,” Tapper said. “My job is to tell the truth, deliver the facts and hold people accountable.”