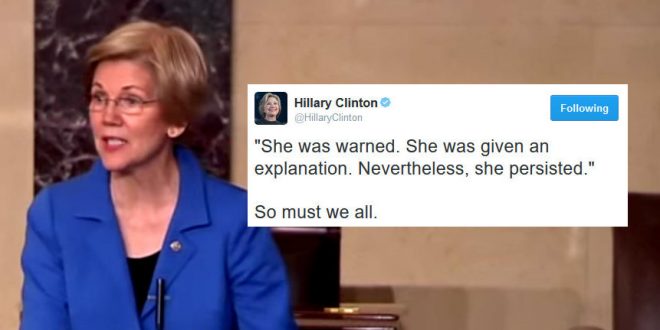 The GOP-controlled Senate voted along party lines Wednesday evening to stop Warren (D-Mass.) from speaking because she had violated the chamber’s rules that prohibit impugning another senator. Warren was delivering remarks attacking Sessions (R-Ala.), President Donald Trump’s pick to lead the Department of Justice, by reading aloud a letter written by Coretta Scott King in 1986, opposing Sessions appointment to a federal judgeship.

“She was warned. She was given an explanation. Nevertheless, she persisted.”